In the Disney story, Cinderella is ignored as the scullery maid. Most of the attention falls on her step-sisters.

If the prince ignored Cinderella, he would not have a happily ever after. Nor might we if we ignore Pol III. (strwalker)

This is, of course, a mistake. The best person by far is Cinderella and she should not be ignored because of her position in life.

The RNA polymerases in a eukaryotic cell are similar except that one is the star and two are the scullery maids. RNA polymerase II (Pol II), the reader of protein encoding genes, gets most of the attention. Pol I and Pol III, the enzymes that make RNAs that aren’t usually translated into proteins, are mostly relegated to supporting roles.

In a study in Nature, Filer and coworkers show that ignoring Pol III can be as big a mistake as ignoring Cinderella. If you want to live a longer life that is.

Previous work had shown that inhibiting TORC1 can increase the lifespan of beasts ranging from yeast to mice. Given that TORC1 is a strong activator of Pol III, Filer and coworkers set out to determine if inhibiting Pol III could do the same thing.

As any good researcher should, they started out by looking in our favorite model organism, the yeast Saccharomyces cerevisiae.

Pol III is pretty complicated—it is made up of 17 different subunits encoded by 17 different essential genes. These authors went after the largest subunit, C160, encoded by the RPO31 (RPC160) gene.

To control its level of expression, they fused an auxin-inducible degron to the protein. This fusion protein is degraded in the presence of indole-3-acetic acid (IAA) and E3 ubiquitin ligase from the rice Oryza sativa.

This means that there should be less Pol III in a cell when IAA is around. Western blot analysis confirmed that this was indeed the case.

The authors found that yeast with less Pol III had a longer chronological lifespan. In other words, each yeast cell survived longer. Having less Pol III did not significantly increase replicative lifespan though; they did not bud more often over their lifetime.

These authors did not get as significant a result when they targeted the largest subunit of Pol II, RPO21 (RPB220). The strain appeared to do better in the presence of IAA compared to the control strain, suggesting that targeting Pol II had a small effect on longevity; but it was nothing like was seen with Pol III.

They next turned to a couple of model organisms with more cells—nematodes, also known as C. elegans, and fruit flies, or Drosophila.

When Filer and coworkers used RNA interference (RNAi) to knock down the amount of the largest subunit of Pol III, rpc-1, in C. elegans, the worm lived longer. And when they generated a strain of Drosophila which had only one working copy of dC53 (CG5147), a gene that encodes a Pol III subunit, these fruit flies lived longer too. Lowering the amount of Pol III is a good thing if you want to live longer! 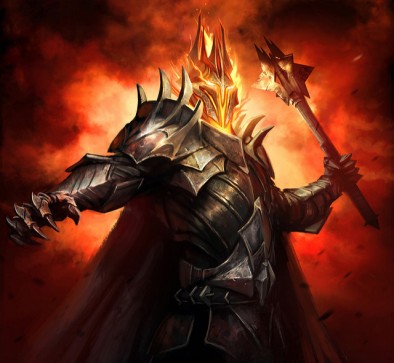 Sauron would still be alive if he didn’t ignore those hobbits. We might live longer too if we stop ignoring Pol III! (Colony of Gamers)

Previous work had shown that the gut often controls longevity in C. elegans. These authors showed that the same holds true for Pol III reduction. Targeting just the Pol III in the gut was sufficient to give this little worm a longer life.

The same turned out to be true in the fruit fly. Using RNAi against two different Pol III subunits in the Drosophila gut was enough to have extend these flies’ lives. Targeting Pol III in the fat body did not have the same effect, and targeting Pol III in neuronal cells extended life only a little.

So reducing Pol III in the gut is good enough for flies and worms to live longer. In fact, reducing Pol III activity had as much effect on longevity as does inhibiting TORC1. Scientists ignore this hidden gem at their own risk!

Since Pol III is ignored, but dangerous for lifespan, perhaps a better analogy than Cinderella might be Sauron and the hobbits of the Shire from the Lord of the Rings Trilogy. Sauron ignores the hobbits who hold the key (or the ring) to Sauron’s shortened lifespan.

If Sauron had paid attention, he’d still be lording it over Middle Earth at the end of the third book. Just as we might live longer if we start paying more attention to that hidden danger—excessive Pol III activity, possibly in the gut.