Resistance is Not Futile: How Yeasts Avoid Getting Ill from IILs 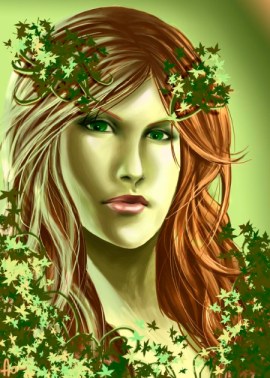 In the Batman comics, Poison Ivy is resistant to all natural toxins and diseases (from deviantart)

Resistance to poisoning is a good thing in the cartoon world, where both good and bad guys and gals often have superpowers that render them resistant to all sorts of toxins and poisons. But does that happen in the “real” world that we live in?

Well, some people would say that Keith Richards and cockroaches are the ultimate examples of earthly organisms resistant to every known toxin! But there are other more mundane examples of humans that are resistant or tolerant to certain chemical or organic compounds.

For example, almost everyone knows someone (or themselves) who can’t drink milk, because if they do, they feel really sick, with uncomfortable or even severe gastrointestinal symptoms. These people are said to be “lactose intolerant” (which is NOT an allergy to milk), because their gut can’t digest a sugar called lactose found only in milk and milk-based products.

Interestingly, all humans have the “lactase” gene that allows their body to digest lactose, but lactose intolerant folks have a particular “switch” sequence in their DNA that causes the gene to get totally turned off once they’re not babies anymore. 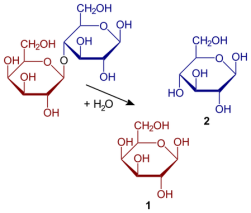 However, people who CAN drink milk as adults (“lactose tolerant” people) have a change in their DNA sequence that inactivates the switch. So these people have the lactose-digesting gene turned on and functioning for their whole lives and can consume milk and dairy products even as adults.

This is an example of genomic diversity among human beings, where people’s individual genome sequences have differences that can make them resistant to the negative effects of some foods or chemicals, while other people have little or no tolerance at all.

This type of DNA sequence variation across all the members of a species is called “standing genetic variation” and it’s a very good thing. Why? Because when a changing or novel environment challenges a population, standing genetic variation increases the chance that some individuals can adapt to new types of foods (like what happened with the lactase gene) or have other characteristics that make them better suited to survive in the new environment…or even be resistant to new diseases!

In the Planet of the Apes series, “simian flu” kills almost all humans except for those few who are resistant (from deviantart)

But what does all of this have to do with yeast? Well, just like lactose intolerant humans, yeast can get sick when they try to “eat” certain things too, and will fail to grow well in the presence of such compounds. But could there be some yeast individuals somewhere in the world that have tolerance to certain normally-toxic compounds?

This is exactly the question that Higgins and co-workers asked, and in the September issue of Genetics they describe how they found naturally occurring yeast that can tolerate high levels of compounds called “ionic liquids.” And they also discovered the underlying naturally-occurring genetic variations in two genes that make the yeasts more tolerant to these compounds!

So what are ionic liquids and why were these investigators interested in them? Ionic liquids are a type of salt that can exist in a liquid state at temperatures under the boiling point of water or even at room temperature.

One type in particular, “imidizolium ionic liquids” (IILs) are often used in production of biofuels because they efficiently solubilize plant biomass cellulose and help turn it into glucose. The glucose can then be fermented (often by our yeast friend Saccharomyces cerevisiae) into bioethanol or other biofuels.

However, most commonly used S. cerevisiae strains, when grown in the presence of IILs, get very ill. But if IIL-tolerant yeasts could be found, they could help improve the production of cellulosic ethanol and other bioproducts. 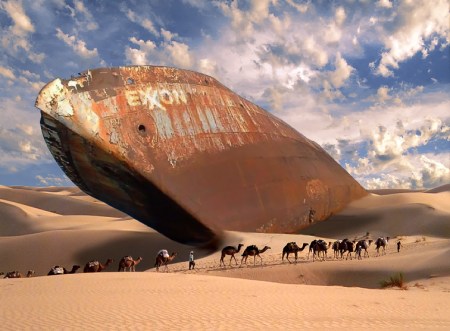 Higgins and co-workers decided to make use of the standing genetic variation within the S. cerevisiae species by taking hundreds of different strains of S. cerevisiae, isolated from around the world, and seeing if any of them could grow better in the presence of IILs.

And indeed they found some strains that were extremely IIL-tolerant compared to other S. cerevisiae strains such as beer, wine or lab strains, or even those commonly used in biofuel production! The yeast strain that was the most IIL-tolerant was, surprisingly, a clinical isolate from Newcastle, England.

The researchers then took genomic DNA from this IIL-tolerant strain and chopped it up into large pieces and put the pieces (carried on special plasmids called fosmids) into the common S288C lab strain (which is intolerant to high IILs) to see which regions could allow the lab strain to now grow in the presence of high levels of IILs.

They found two genes that conferred tolerance to the IILs: the SGE1 gene, plus a previously unnamed gene, YDR090C, which had not been studied very much. The proteins made from both genes appear to be located in the plasma membrane of the cell. The authors propose that the tolerant version of the SGE1 protein, already known to be a multidrug efflux pump that exports toxic cationic dyes out of the cytoplasm, is directly involved in the pumping the IILs out of the cells to help yeast tolerate these toxic compounds. 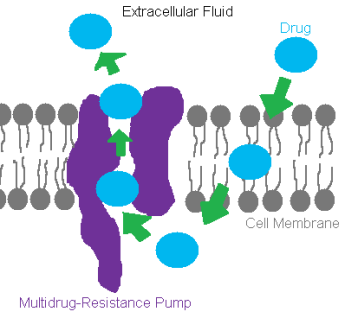 The Sge1 protein is a multidrug transporter. Similar proteins in humans can cause resistance to anti-cancer drugs (from wikimedia)

The researchers were not able to exactly figure out what YDR090C is doing in the membrane to help cells be resistant to the bad effects of IILs, but they did find out that cells with a deletion of the gene were less tolerant to IILs. They thus named this gene “ILT1” for “Ionic Liquid Tolerant”.

The authors also found that the SGE1 gene from the IIL-resistant “wild” strain from England had a change in its protein sequence relative to the lab strain, but rather than making the protein more efficient at pumping, it looks like the changed protein is more abundant in the cell and thus can just pump out more of the obnoxious IILs.

Whenever they put this resistant gene version into an IIL-intolerant yeast, it did the trick of allowing the strain to grow better in high IILs concentration. This discovery might allow greater use of IIL-treated biomass for the production of biofuels, as it shows one powerful method of increasing the tolerance of biofuel-producing yeast to toxic IILs.

So this is indeed a case where looking at the “standing genetic variation” of a species has helped discover new and useful biotechnological functions in yeast, and also shown us that resistance (to IILs at least) is NOT futile, and may indeed help us make yeast more efficient at making more biofuels!

Resistance might be futile if you’re up against the Borg, but at least yeast can resist IILs!

Scientists are coming up with ways for yeast to use waste like this to generate ethanol.

Biofuels hold the promise to significantly slow down global warming.  But this will only be the case if they come from something besides corn.

We don’t want them to come from the parts of other plants we eat, either.  Shunting food towards fuel will only jack up food prices and put the lives of the poorest at risk.  Policy makers should not have to decide between feeding the poor and running their cars.

No, to make biofuels worth our time, we need to be able to turn agricultural waste, grass, saplings, etc. into ethanol.  Unfortunately this stuff is mostly cellulose and lignin and we don’t have anything that can efficiently ferment this “lignocellulosic biomass.”

Many groups are working towards creating strains of Saccharomyces yeast, the predominant fungal organism used for large-scale industrial processes, to do this job.  None have yet been created that can do the job well enough to be industrially viable. They are either poor fermentors or are genetically modified so that they include non-yeast genes.  Ideally any strain would include only Saccharomyces genes, to avoid the public’s fear and loathing of genetically modified organisms.

This is where a new study in GENETICS by Schwartz and coworkers comes in.  This group is working towards engineering a yeast that can ferment the pentoses like xylose that make up a good chunk of this otherwise inedible biomass, using genes that are naturally occurring in Saccharomyces.  They haven’t yet created such a yeast, but they have at least identified a couple of key genes involved in utilizing xylose.

The researchers took what seemed to be a straightforward approach.  Collect and screen various yeast strains for their ability to grow on xylose and isolate the relevant gene(s) from the best of them.  Sounds easy enough except that most of the strains they’ve found are terrible sporulators.  This means that they couldn’t use conventional methods to isolate the genes they were interested in and so had to come up with new methods.

First they needed to find some way to get the strain to sporulate.  They were able to force sporulation by creating a tetraploid intermediate between the xylose fermenting strain, CBS1502, and the reference strain, CBS7001, by adding an inducible HO gene.  During this process, they noticed that the ability to utilize xylose segregated in a 3:1 pattern.  This usually means that two genes are involved.

They next needed a way to identify these two genes.  What they did was to pool 21 spores that could ferment xylose and 21 that could not.  They then purified the DNA from each pool and compared them using high throughput sequencing.  They eventually found two genes that were key to getting this yeast to use xylose as its carbon source.  (They also found at least two other “bonus” genes that seemed to boost its ability to use xylose).

One of the genes, GRE3, was a known member of a xylose utilization pathway.  But the other gene, the molecular chaperone APJ1, was not known to be involved in metabolizing xylose.  The authors hypothesize that APJ1 might stabilize the GRE3 mRNA.

These two genes may not be enough to create an industrially viable, xylose fermenting Saccharomyces just yet.  But the novel methods of gene isolation presented in this study may allow researchers to find additional genes that might one day get them there.  Then we will have a way to get ethanol without the large carbon footprint and without the human cost.

A genetic engineering approach to getting yeast to ferment agricultural waste